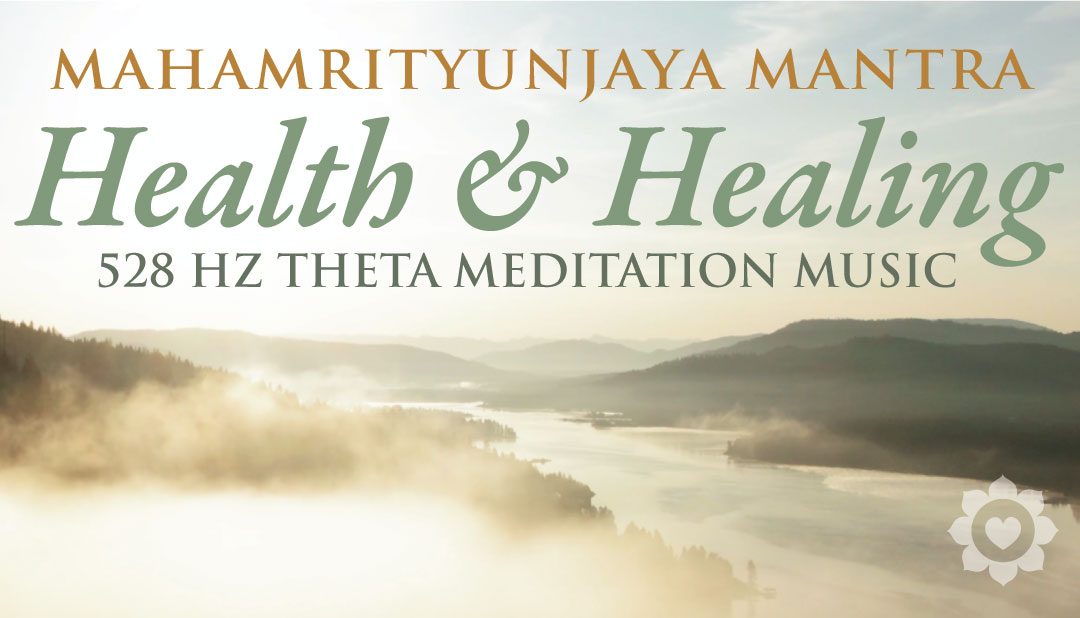 This Studio recorded audiovisual is an astral journey for deep relaxation & healing in all levels: Physical, Psychological, Karmic and Spiritual. Mahamrityunjaya is the Great Death-Conquering mantra dedicated to LORD SHIVA. It is known as the most powerful mantra for liberation of karmic bondage & Healing and it may stand against corona virus. In this video The healing ancient healing Vedic mantra is combined with 528hz solfeggio frequencies and theta waves inducing a state of deep trance and awareness similar to that attained by practicing yogis and buddhist monks. In this state cellular healing and DNA regeneration are commanded. Produced by renowned Lithuanian Singer Yogamaya Purnamasi (Egle Sirvidyte) To check out her latest release https://bit.ly/2JkMog0

oṃ tryambakaṃ yajāmahe sugandhiṃ puṣṭi-vardhanam urvārukam iva bandhanān mṛtyor mukṣīya mā ‘mṛtāt Mrita-Sanjivini mantra (lit., “Reviver of the dead”) This mantra is addressed to Shiva for warding off untimely death. In the Vedas it finds its place in three texts – a) the Rig Veda VII.59.12, b) the Yajur Veda III.60, and c) the Atharva Veda XIV.1.17.[7] It is said to be beneficial for mental, emotional and physical health[8] and to be a moksha mantra which bestows longevity and immortality Overcoming the fear of death it is said that Lord Shiva himself gave humanity the Maha Mrityunjaya mantra. Whenever there is listlessness, stress, grief, or illness, or when fear of death intrudes in awareness, this great mantra can be used for healing, for maintaining vitality, and for refuge. The Mahamrityunjaya Mantra is meant for healing rejuvenation and nurturance. The Maha Mrityunjaya mantra restores health and happiness and brings calmness in the face of death. When courage or determination is blocked, it rises up to overcome obstacles. It awakens a healing force that reaches deep into the body and mind. It is said that chanting of Maha Mrityunjaya generates divine vibrations that ward off all the negative and evil forces and creates a powerful protective shield. 16. Regular chanting will protect you from sudden death, accidents, famine, misfortunes of any kind, calamity and unexplained situations. It is also known as the Triyambaka Mantra, According to many, chanting the mantra releases a strong vibration that realigns the physical body ensuring maintenance and restoration of good health. In fact, the Mahamrityunjaya Mantra is a verse from the Rig Veda and is considered to be the most powerful Shiva Mantra. It bestows longevity, ward of calamities and prevents untimely death. It also removes fears and heals holistically. This eternal mantra is also a part of the Yajurveda. Shiva means “auspicious, gracious, or kind.” He is a shelter of kindness and the giver of boons. With tenderness and a sure hand, he guides those who aspire to self-realization and he relieves the suffering that exists in the universe. The Maha Mrityunjaya mantra is one of yoga’s most important mantras. It restores health and happiness and brings calmness in the face of death or illness. Lord Shiva said: With this mantra, one is able to conquer all one’s enemies (anger, hatred, jealousy, and greed). It is the source of longevity, health, and well-being…. Assuming different forms and shapes, the power of this light, the Mrityunjaya mantra pervades the whole universe. It is the source of all protection, physical, mental, and spiritual. There is no mystery higher than this, the mystery of my eyes, the fire residing in them, and how that fire manifests in the form of Mrityunjaya mantra.” Singers and Vocals: Lalita Priya Dasi, Manjari Lila Dasi, Yogamaya Purnamasi Dasi, Vasanta Das. Music composition and Production: Yogamaya Purnamasi. Video Production: VasantaDas (All videos from Pexels.com) Graphic Design: Gaurakanti Dasi.